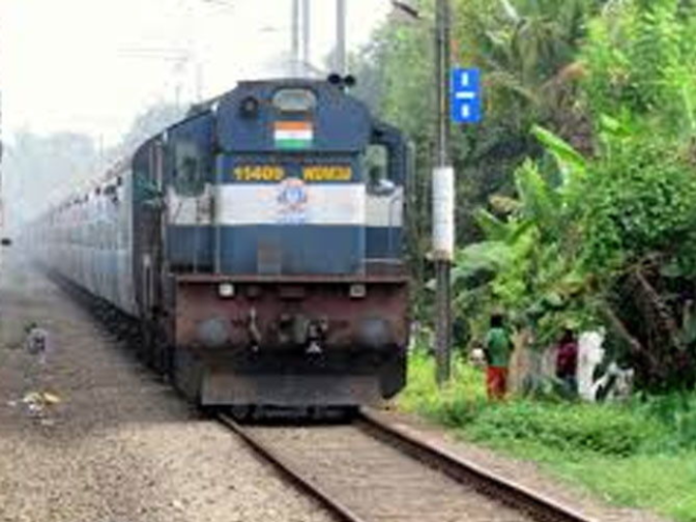 MBNS News, Raipur At the end of the lockdown, trains of different routes gradually started running. Nine months later, five trains connecting Rajasthan and UP with Chhattisgarh have been announced. It has been decided to run weekly stick trains from Bilaspur-Bikaner and Bilashpur-Bhagat to Rajasthan. Traveling to many cities in Rajasthan including Jaipur and Jodhpur will now be easier.

The Bilaspur-Bhagat Kothi will now start on January 11 after the start of the first train. Ticket booking has started for passengers traveling by train. Similarly, train facilities connecting many cities in UP are also going to be introduced for passengers. The two trains will run twice a week from Durg-Kanpur to Durg-Nutanva. A train will travel from Allahabad-Varanasi to Nautanbha.

The second train will run through Faizabad-Ayodhya route. These trains will benefit a huge number of passengers as soon as they start. Timetables of all trains have been issued.

Trains will run on different days

Operating until next instruction

There is no set date for running both trains. The Bilaspur-Bhagat Kothi special train will run from Bilaspur on January 11 and Bhagat Kothi from January 14. This train will run till further instructions from the railway administration. Accordingly, the timetable of these trains has also been published.

Leaving Durg-Kanpur on Sunday, a lot of passengers left

The additional bi-weekly special train between Durg-Kanpur will be run with the number 08203. This train will run every Sunday and Tuesday. On Sunday, the train leaves on the first day and carries lots of passengers. Similarly, Kanpur-Durg with number 08204 will run every Monday and Wednesday from next Monday to 11th January. Further it will leave the fort at 8.10 pm and reach Raipur station at 8.50 pm.

Will run weekly for three rounds

This train will reach Raipur at 8:30 pm and will go to Natanva via Tilda, Bhatapara, Usalapur, Pendra Road, Anuppur, Shahdal, Umaria. It will have 23 coaches including 3 generals, 13 sleepers, 3 AC-3s and 2 AC-2 coaches.

A Lucknow police team has arrived in Mumbai to interrogate the director and author of Amazon Prime’s new Tandava online series. On Thursday, a police team in Lucknow sent a notice to the house of Tandavi leader Ali Abbas Zafar. This announcement is attached to record the statement of Ali Abbas.

Earlier, Prashant Kumar, chief of the Uttar Pradesh Police Department, said police had gone to Mumbai to gather evidence of a case registered in Lucknow. The group is questioning the accused in Mumbai. ADG said it was receiving support from Mumbai police so far. If there are problems, the older cops talk to each other.

Explain that this group includes four police officers. FIR is stationed at Hazratganj Police Station in Lucknow with the director and author of the Tandava online series published on Amazon Prime. It is argued that this online series describes an unfortunate representation of Hinduism.

Many big stars are getting to the wedding, the preparations are done in a special way

New Delhi. Bollywood actress Varun Dhawan’s wedding ceremony was seen in teammates Zoya Moran and a few other friends in Team Veer and Team Hamty team shirts. Manish Malhotra and Karan Johar were also seen at this Varun wedding event. Tell us that Varun Dhawan will marry his girlfriend Natasha Dalal after a long wait. On this special occasion of marriage, Varoy’s school friend Zoya Moran was also seen at the wedding venue.

His images are also becoming highly viral on the social networking site Instagram. Varun’s friend Zoya Moran wore a Team Veer shirt. Varun Dhawan’s other friends also wore Team Hamty’s shirt. According to sources, Panditji, who got married, also arrived at 12:30 and wedding preparations have begun. A white T-shirt is printed for everyone. It is printed in orange and her friends are getting married. Very excited. They are trying to do something fun.

Narendra Chanchal was born on October 16, 1940 in Amritsar to a religious Punjabi family. She grew up in a religious setting, which is why she loved chanting Bhajan Kirtin from the beginning.

After years of fighting, Narendra Chanchal sang the song for the 1973 film Rishi Kapoor-Dimple Kapadia Bobby. This Bollywood song was undoubtedly sung by Mandir Masjid…. To this end, Narendra Chanchal received the Filmfare Best Male Playback Award. He also had an honorary membership in the U.S. state of Georgia.

After the Bobby film, Narendra Chanchal sang songs for the film Anam Aur Roti Kapad Aur Makaan in 1974. Together with Lata Mangeshkar, Narendra Chanchal, the final film was sent to a song called Inflation. In addition to this, he sang with Mohammad Rafi in 1980, Tune Mein Kera with Shera Waliye, in 1983 with Asha Bhosle, Chalo Bulva has been called Aaya Hai Mata and Do Gulp has been sung by Pila Ke Sakiya, Hoon Aise Woh Woh Hum Paraye by Narendra Chanchal.